You know what really gets my goat these days? The bum rap CLOWNS are getting in the press… and in our society in general. And I don’t mean the politician clown currently vying for Presidential votes.

No, I mean real CLOWNS. And the nasty and fearful tone the press has taken towards all CLOWNS. Calling them stalkers, child molestors, perverts, murderers, etc. It’s obscene, offensive, callous, perverse, and wrong!

CLOWNS are, and always have been historically, FUNNY PEOPLE. Their one and only goal in life has been to make people laugh. They sacrificed themselves… by taking pies in the face, by tripping to the ground, by having their hearts broken… all for the good of their audiences. To uplift their audiences. For catharsis. CLOWNS spoke truth to power. Were the only ones who could mock the king, whisper in his ear. The “wise fool.” The “wounded hearler.” CLOWNS stood outside the conventions of society to be able to make fun of convention itself. To poke fun at society’s foibles, at human pain, loss, and suffering. CLOWNS were comediens of the highest order. These were beautiful souls. Not molestors and stalkers and worse.

How did it this perversion of artsitic justice occur? I think it must have been Stephen King’s fault, or one of his horror movie-writing pals. Creating Chuckie or Jason or whoever they named the twisted soul they painted in clown makeup… and then had act out their injury, their hurt, their anger, on the public. On our children. On our society. Well, this just isn’t right! And the saddest thing about it is that now…some people, mostly sick Americans, are dressing up as CLOWNS… to perpetrate their violence on the world. And the rest of society has become afraid of CLOWNS… the very souls sacrificing themselves to make people laugh and to feel better.

And at my kid’s school, just 90 seconds down the hill, they’ve now outlawed clown costumes for Halloween. That’s crazy. CLOWNS are FUNNY people, people. Give me a break. How sick is our society that has turned CLOWNS into the bad guys?

Parents will stop taking their kids to the circus. People, CLOWNS are there to make you LAUGH. To make you feel BETTER. To hold a MIRROR up to society. 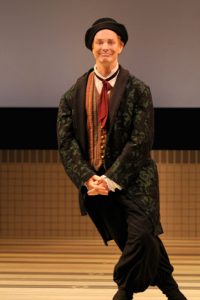 Laugh out loud. Delight in clowns. We’re here for YOU, people!

We love you!
PLEEEEEZE, Love us back!!! 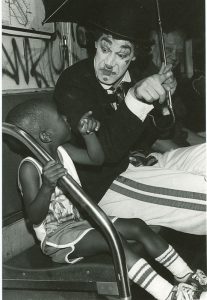